Noah's Ark and the argument for a strict limited atonement

The high Calvinist sometimes point to Noah's Ark as evidence of a limited atonement - i.e. limited expiation, or limited extent.

One Facebook group of hyper-Calvinists even use this banner: 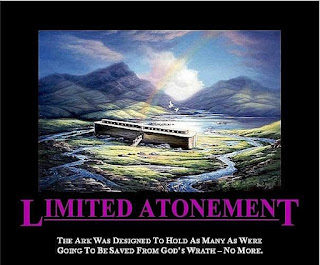 A few things need to be observed.

Would the high Calvinist defending this argument say that a few more people could not have been added without rebuilding the Ark? That seems rather absurd.

Also, in order to make the strict limited atonement argument in this case wouldn't the accommodations have to suit Noah and his family only such that no other family, or group of individuals, could replace them? Otherwise one could say that the Ark was just as suitable for a group of reprobates as it was for Noah's family. No? 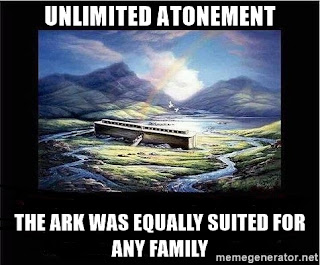 Posted by Charnockian Logic at 8:08 AM