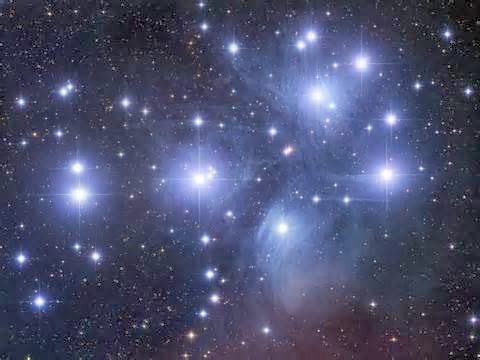 A few years after doing this, I read an article in 1989 written by Carl Sagan in Parade Magazine. He was discussing world overpopulation and used a graph showing his estimates. Dr. Sagan's graph plotted the same sort of world population equation. While he was interested in the right side of the graph showing overpopulation, what he showed on the left side was very interesting. This too is included in the material linked here:

Population Growth Rate and the Age of Man


That is some science for Bill Nye. I was a bit disappointed that Ken Ham didn't address the apparent age of things like rocks and stars. Perhaps that is the difference between Young Earth and Old Earth Creationists. It seems obvious that God would have created the universe with time 'built in.' Adam, on the 6th day of creation, would have looked up and seen a star filled night, even though it takes billions of years for the light to reach earth. If Adam had the means to measure the age of the rocks around him, he would have discovered they were millions of years old, even though they had been created just a few days before him. Heck, Adam was created not as an infant but a grown man. This is how creation works. Christ turned water to wine. They didn't have to wait for it to be fermented. If Bill Nye had attended that wedding he no doubt would have claimed that that wine had to have been made some time ago to allow it to ferment. This addresses most of Bill Nye's arguments and I don't know why Ken Ham never brought this up during the debate.

Ken Ham seems to think that animal death could not predate the Fall of man... or any death for that matter. This does not appear to be the case. Animals ate plants and so plants died. So, this is a disputed claim. For more on this see Dr. Bob Gonzales' excellent article here:

Death Before the Fall

1) The universe is self existent and eternal;

2) The universe created itself; or

3) The universe was created by that which is self existent and eternal.

Option 1 fails because of the 2nd Law of Thermodynamics and entropy. The universe is winding down. It is changing from a state of low entropy to higher entropy. It is an effect in need of a cause.

Option 2 fails because of the law on non-contradiction. The universe, as option 1 shows, is an effect in need of a cause. It cannot be both the cause and the effect.

That leaves option 3. That the universe was created by that which is self-existent and eternal violates no laws of Thermodynamics or non-contradiction. It is the only option available to us.

Bill Nye referred to questions "deep within us." What I think lies deep within all of us is the cosmological argument, whether or not we can formally articulate it. I believe this is what scripture means when it says:

"because what may be known of God is manifest in them, for God has shown it to them. For since the creation of the world His invisible attributes are clearly seen, being understood by the things that are made, even His eternal power and Godhead, so that they are without excuse," Ro. 1:19-20

Posted by Charnockian Logic at 11:45 AM