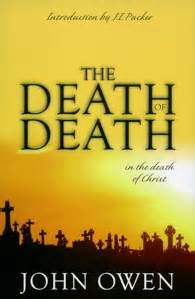 High-Calvinists are quick to use a form of Owen's double payment argument when discussing their view of limited atonement. Their view is the strict limited atonement view - i.e. that the atonement is limited in terms of the sins expiated and in the intent to save certain ones.
Owen's Trilemma:

God imposed His wrath due unto, and Christ underwent the pains of hell for, either

all the sins of all men, or

all the sins of some men, or

some sins of all men.

If the last, some sins of all men, then have all men some sins to answer for, and so shall no man be saved; ...

If the second, that is it which we affirm, that Christ in their stead and room suffered for all the sins of all the elect in the world.

If the first, why, then, are not all freed from the punishment of all their sins?

You will say, "Because of their unbelief; they will not believe."

But this unbelief, is it a sin, or not? If not, why should they be punished due to it, or not. If so, then why must that hinder them more than their other sins for which he died from partaking of the fruit of his death? If he did not, then did he not die for all their sins!

Let them choose which part they will.

There are a number of problems with this argument:

There is a better way to understand the atonement. One that harmonizes the teaching in scripture that Christ's atonement is sufficient for all and the teaching that Christ's atonement is efficient for the elect alone. That is that the sin expiated by Christ's sacrifice was qualitative - i.e. all types and manner of sin. As such scripture speaks of this as being applicable to all mankind objectively (Jn. 1:29; Jn. 3:14-18; 2 Cor. 5:18-21). It does not become quantitative until the atonement is applied subjectively upon faith.

This is how men like Calvin (see his commentary on Jn. 1:29) and the Reformers (see the Heidelberg Catechism Q: 37); C. Hodge; RL Dabney; and WGT Shedd understood the atonement.

The atonement is unlimited in its expiation and receives its limitation from its intent to save the elect.

Posted by Charnockian Logic at 9:21 AM